Flickr Commons was launched in 2008, during the heyday of Flickr, with a mission "to share hidden treasures from the world's public photography archives." Some years ago, the Dutch Institute for Military History (NIMH, part of the Department of Defense) started publishing its collection of photography on Flickr Commons. The collection includes 1000+ aerial photos from the 1930s, showing a country very different from today: Steam powered trains, interbellum optimism (industrial expansion, growing cities, Amsterdam preparing for the 1928 Olympics) and small, rural towns and cities still much the same as 200 years before.

Here's a few of my favorites: 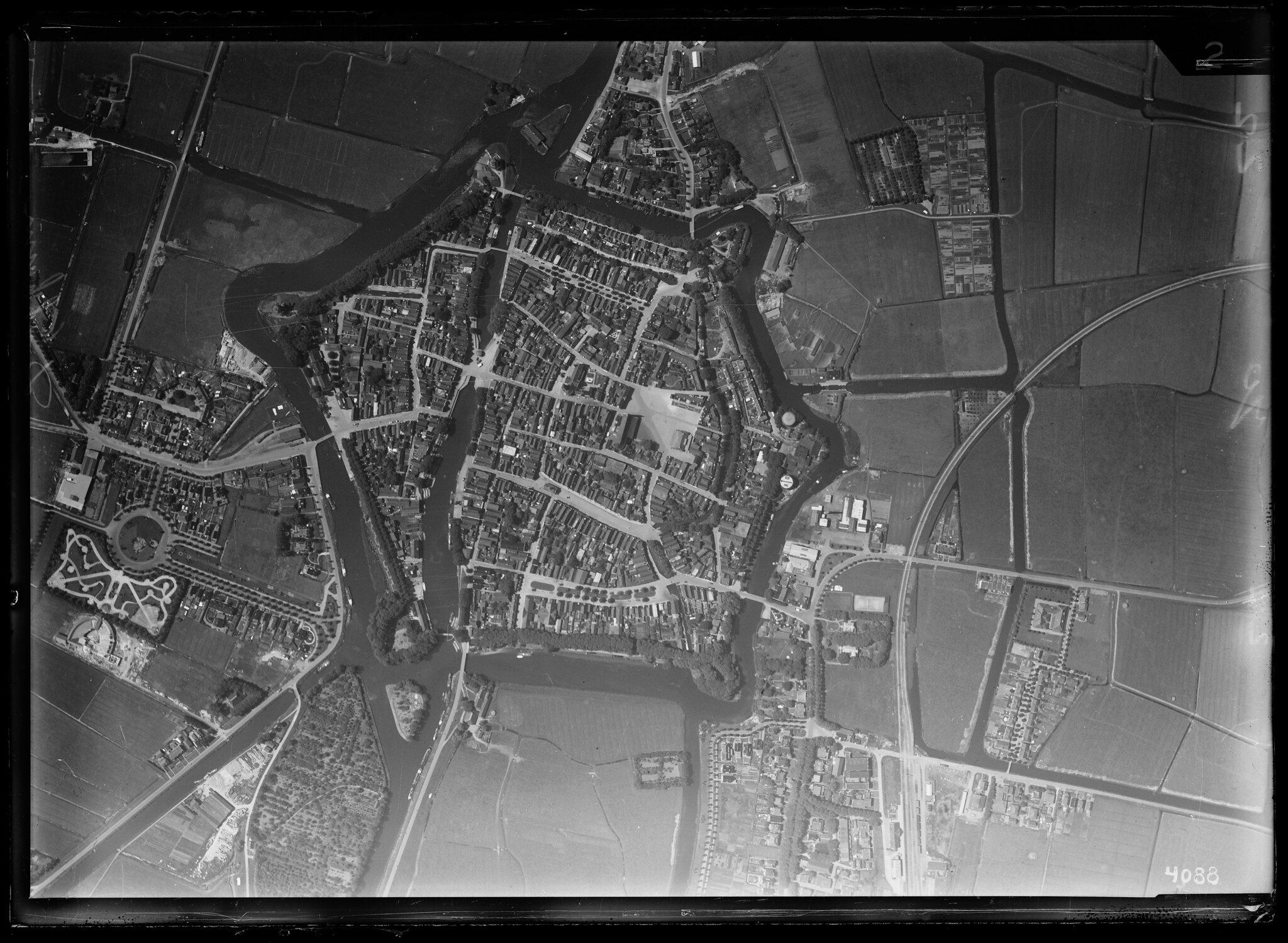 The city of Dokkum, in the northern province of Friesland. The city limits are still mostly defined by the 16th century defensive structures. The photo is undated, but it looks like the chapel dedicated to Boniface, the christian evangelist who was murdered near Dokkum in 754, was just finished, pegging the photo capture date at around 1936. You can see the chapel and its gardens at the left edge of the photo. (West is up in this photo, the chapel lies to the south of the old city.) To the north of the city, to the right on the photo, a railway can be seen. This was the 'Dokkumer Lokaaltje', transporting passengers intermittently between 1901 and 1940, and freight until the 1970s. The railway was razed shortly after that, and it takes some effort to find any evidence of it ever having existed in 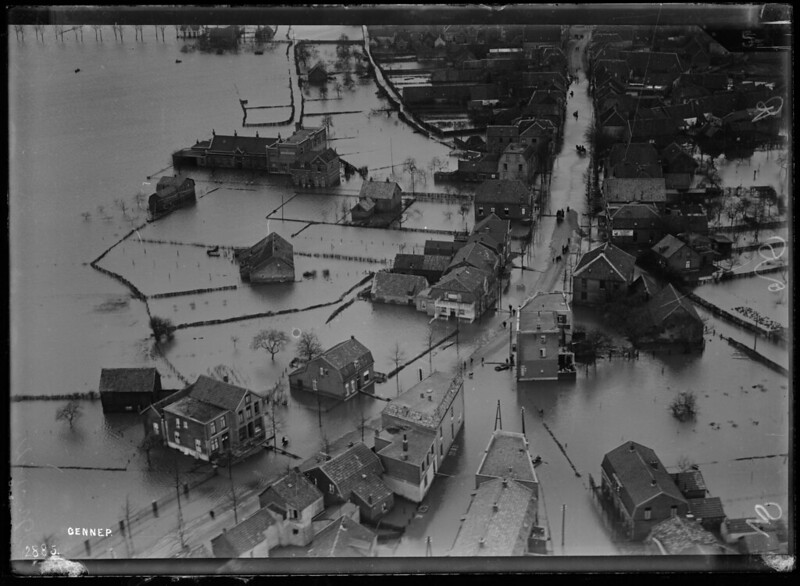 This is Gennep, a town in northern Limburg. It lies right outside the flood plains of the Meuse (Maas) river, and is vulnerable to seasonal flooding. Even though The Netherlands has invested very heavily in infrastructure to reduce the ever present threats posed by the rivers, major flooding continues to occur occasionally, most frequently in the 1990s.

Gennep was on the route the Allies followed northward when liberating The Netherlands from the Nazi regime.